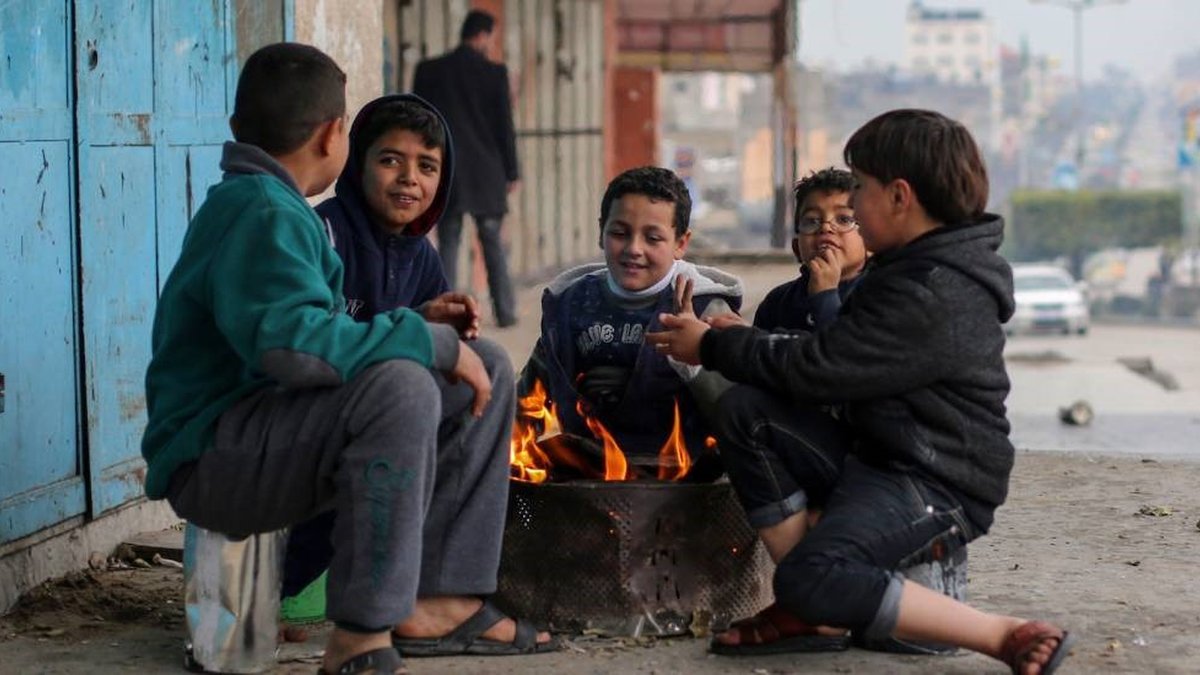 AMMAN, Sunday, April 07, 2019 (WAFA) – The Secretary-General of the United Nations, António Guterres, visited Baqaa refugee camp in Jordan yesterday, where nearly 120,000 registered Palestinian refugees live, and engaged with staff and beneficiaries of the United Nations Relief and Works Agency for Palestine refugees in the Near East (UNRWA).
On his visit, he met students from the UNRWA Agency-wide student parliament (ASP), camp representatives, including women, and engaged with young pupils during lessons on human rights and science.
During a visit to a  school in the camp, Jordan’s largest for Palestine refugees north of Amman, the Secretary-General highlighted the importance of continuing to fund the vital services UNRWA provides to millions of Palestine refugees in the West Bank, including East Jerusalem, Gaza, Jordan, Lebanon and Syria.
“The stories I heard today were very compelling, both in showing the strength and courage of Palestinian refugees and in conveying their concern about their future,” said the Secretary-General. “What remains with me are words of hope and determination of men and women, young and old.”
UNRWA faced its biggest financial challenge in 2018 following the decision by the United States to cut $300 million from its funding to the Agency. The global campaign #Dignity Is Priceless, combined with robust internal saving measures, allowed the Agency to entirely overcome a deficit of $446 million in 2018.
A group of women of various backgrounds, connected to UNRWA through education or social services, told the stories of their transformation. “We started selling books in our small home,” said Rima Al-Sallal, co-founder of online bookstore Jamal soon. “Today, we are the largest online booksellers in the Middle East and it is time to give back to UNRWA,” she added, describing initiatives that her company implements to help promote the Agency.
UNRWA Commissioner-General Pierre Krähenbühl joined the Secretary-General in a lively discussion with a group of boys and girls from the ASP which promotes a culture of respect and tolerance and plays a positive role in schools and community-wide.
Krähenbühl reiterated his commitment to keeping the 122,000 UNRWA students in Jordan in school this year and said that the Agency is currently investing important efforts to rehabilitate and upgrade schools in the Kingdom, which will improve learning conditions for some tens of thousands of students.
“Every conversation with representatives of our school parliaments is a reminder of the journey that these young girls and boys have undertaken and proof of how they have grown into confident and ambitious youth who meet with the United Nations Secretary-General to discuss their hopes and aspirations,” said Pierre Krähenbühl. “Nothing illustrates the success of a Palestine refugee-like an academic achievement. Maintaining the education in our schools is akin to giving these young men and women a passport that makes them global citizens. We will not compromise on that,” he added.