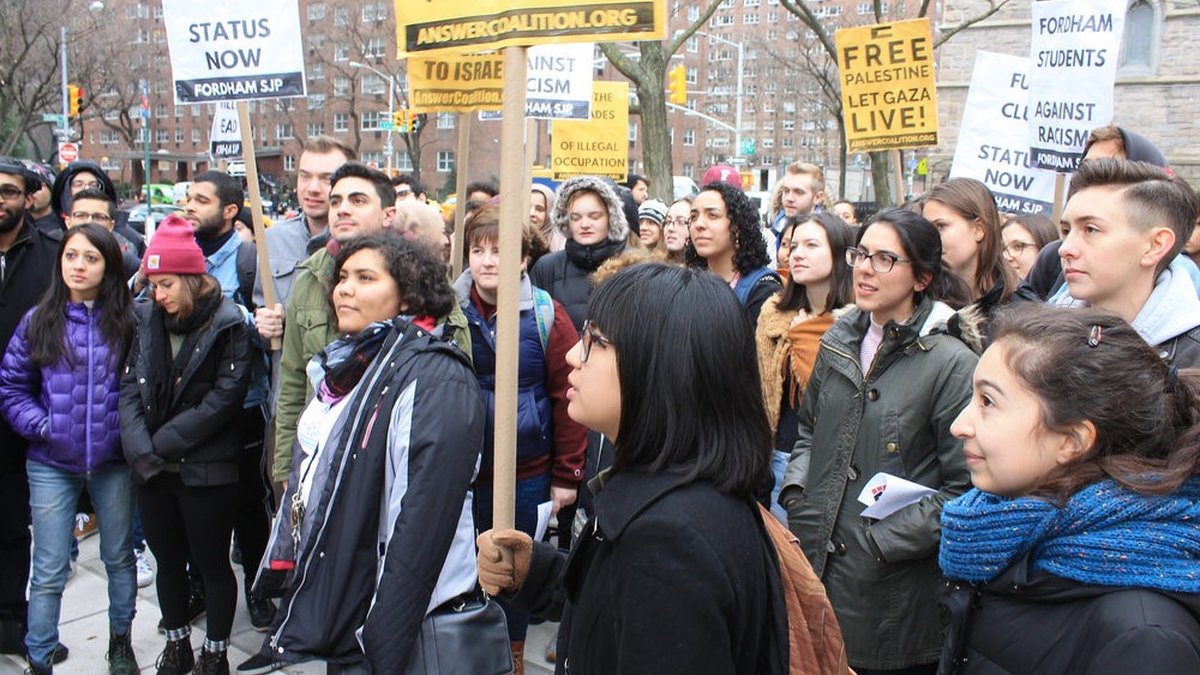 December 22, 2017, New York, NY – Today, in a case asking a Manhattan court to direct Fordham University to recognize Students for Justice in Palestine (SJP) as an official club, Fordham students filed their reply to the university’s opposition to their preliminary injunction. The injunction asks the court to direct Fordham to recognize SJP and to do so in a timely manner since some of the students will soon graduate. The hearing on this motion, together with Fordham’s motion to dismiss the lawsuit, is scheduled for January 3.
Represented by the Center for Constitutional Rights, Palestine Legal and cooperating counsel Alan Levine, the students’ reply also argues that Fordham has deprived them of their freedom to advocate for causes in which they believe without arbitrary censorship by college officials, a right guaranteed by Fordham’s own policies.
Petitioner Sofia Dadap graduates in May 2018, and Petitioner Julie Norris will graduate in May 2019. The reply brief reaffirms the preliminary injunction claims – that without injunctive relief, the students will continue to suffer irreparable harm. The students first filed suit in April, and the university has since moved to dismiss the case.
Activists asked supporters to join the Fordham students in court as they fight for their right to organize as an SJP club on campus. The hearing in the case will be held on Wednesday, January 3, 2018 at 2:30 p.m. Eastern at the Manhattan Civil Courthouse (111 Center Street, Rm 1127B, New York, NY). They asked supporters to use the hashtag #DefendFordhamSJP to follow the proceedings if unable to attend in person.
Source: Palestine Legal