An-Najah Holds the 1st Conference on Cyber Crimes in Palestine 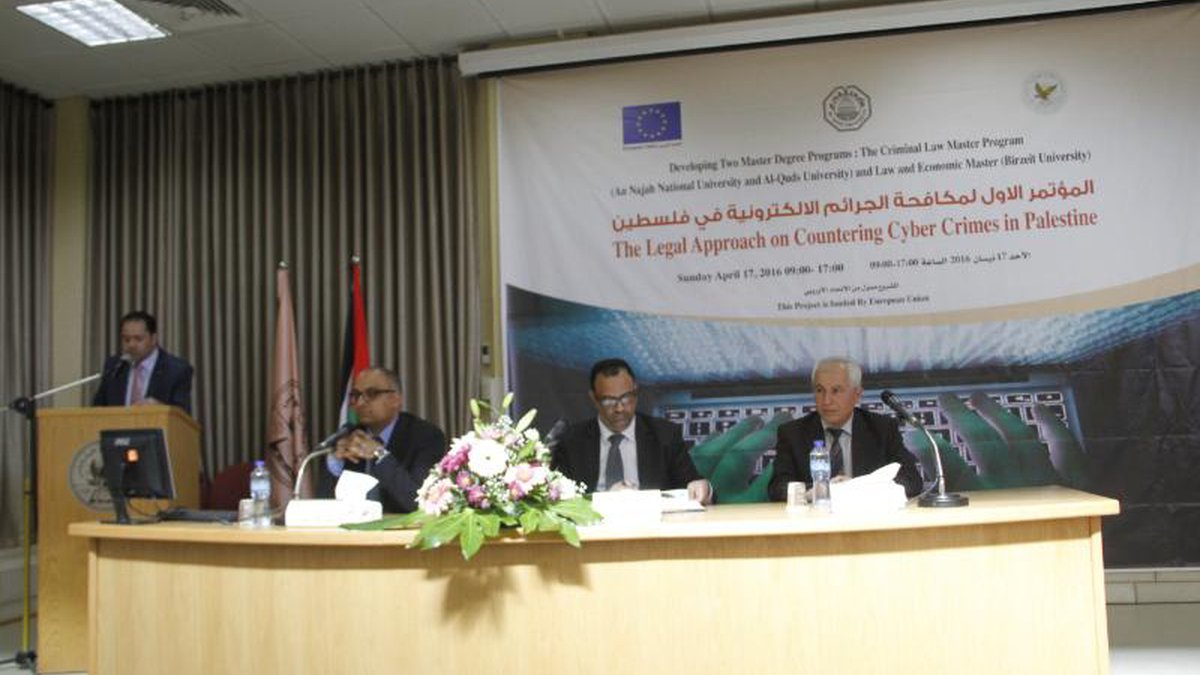 On Sunday, April 17th, 2016, the Faculty of Law at An-Najah in collaboration with Al-Quds University Abu Dis organized the 1st conference on “tThe Legal Approach on Countering Cyber Crimes in Palestine” at the Korean Palestinian IT Institute of Excellence in the New Campus.

The conference aimed at developing a general framework to be used as a reference in the Palestinian legal system and discussing cybercrimes and actions in other countries.

The conference included three sessions which shed light on the definitio, types and applications of cybercrime and the challenges that encounter anti cybercrime actions.

Dr. Akram Daoud, Dean of the Faculty of Law explained that technological progress lead to the emergence of new types of crimes which are not to be neglected. He also stressed the importance of the subject and called to include courses on cybercrime in Palestinian law schools.

In turn, Dr. Ahmed Al-Barrak, Attorney General of the State of Palestine stated that 75% of the crimes recorded since the beginning of 2015 were cybercrimes; therefore, it is very essential to establish a cybercriminal law.