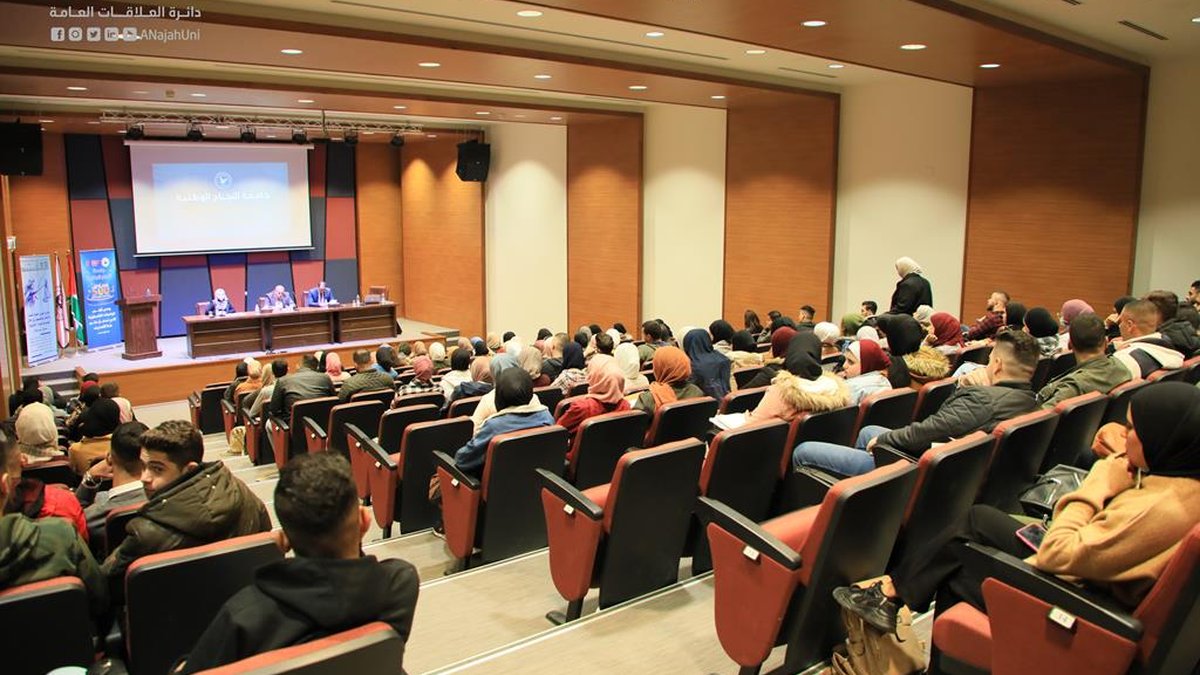 The Faculty of Law and the Legal Clinic at An-Najah National University in cooperation with the Department of Family and Protective Services in Nablus, organized an awareness workshop on protection of women from electronic blackmail and cybercrime.

The workshop was held to mark the 16 ‎days of activism against gender-based violence, which is an annual international campaign that kicks off on 25 November, the International Day for the Elimination of Violence against Women, and runs until 10 December, Human Rights Day.

It aimed at raising students' awareness about the danger of cyber extortion in the Palestinian community and the role of the police in fighting cybercrime. The attendees identified gaps and good practices in preventing cybercrime against women, and explored how women can play a stronger role in criminal justice and other efforts to prevent cybercrime.

Mr. Ruhi Kettana, Head of the Department of Family and Protective Services in Nablus, pointed out that the most effective way to avoid the harm caused by cybercrime is to prevent such crimes being committed in the first place. He explained that a comprehensive approach to prevention of this crime involves a wide range of actions, from technical solutions to strengthen cybersecurity and protect computer systems from attack to awareness raising on how to stay safe online and recognize attempted online crimes.

As part of the workshop, another round of analysis and discussion was launched on a short film about Cyber Crime.

Ms. Safaa Balaawi, Director of the Legal Clinic, mentioned that this workshop is part of a series of activities that will be implemented with the support of SAWASYA II in parallel with the 2021 edition of the international campaign 16 Days of Activism Against Gender-Based Violence to raise awareness about domestic violence.

SAWASYA II represents the primary programmatic vehicle of the United Nations for advancing the rule of law, gender justice and human rights in the State of Palestine for the period 2018-2023. The Project is implemented by the UNDP, UN Women and UNICEF.

Dr. Noor Adas, Assistant Professor at the University’s Faculty of Law noted that it is important that prevention efforts consider women’s particular circumstances. She added: “Bringing women into processes to devise and implement prevention strategies and actions helps to ensure that they reflect and respond to women’s needs.”

The workshop was attended by a number of the Faculty of Law’s administrative and academic staff, representatives of partner civil society institutions, and a large number of university students.