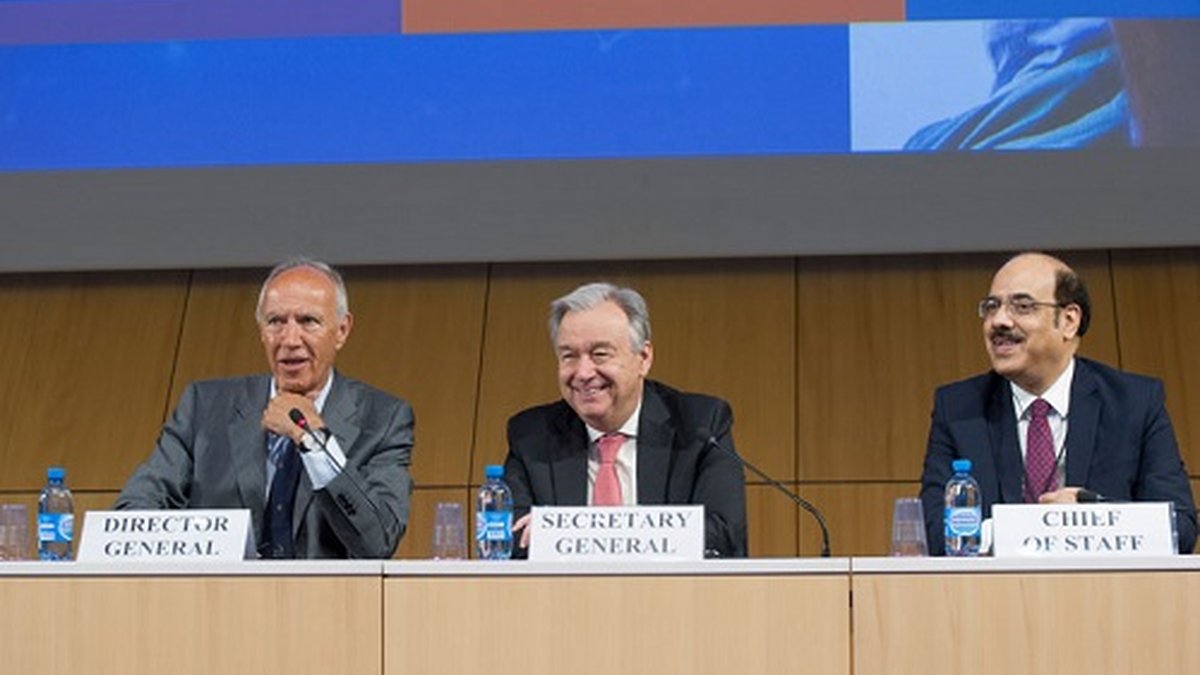 GENEVA - UN Secretary-General António Guterres joined WIPO Director General Francis Gurry in celebrating World Intellectual Property Day 2017, with Guterres saying that WIPO is at the frontier of knowledge that will determine the future of the international community.
Guterres said in an address to WIPO staff that the international community was facing enormous changes and challenges, including new technologies and shifting labor markets that will impact people’s lives.
“Your organization can be a central tool of the UN to be able to cope with these challenges, to provide us with the knowledge about what is happening, to give us the ideas, the suggestions of how we can organize ourselves at different levels to be able to cope with these challenges,” he said.
“That is where your organization has an extremely important role, because you are in the frontier of knowledge and the frontier of knowledge is in the end what will determine the future of our international community,” he said.
Guterres was making his first visit as Secretary-General to the World Intellectual Property Organization, which was celebrating World IP Day 2017 with the theme “Innovation – Improving Lives.”
Gurry said: “This year’s campaign celebrates all those risk takers, those “future shapers,” those innovators who develop a new technology, product or service that spurs us onward and makes us better. On World Intellectual Property Day, let us reflect on and appreciate the energy, drive and dedication required to translate an idea into reality.  And let us renew our commitment to building a global IP framework that makes innovation work for everyone, everywhere.”
On April 26, Guterres and Gurry also welcomed to WIPO some 40 other heads of United Nations and related bodies for a meeting of the United Nations System Chief Executives Board for Coordination.
The group meets regularly as the prime instrument for strengthening the coordination role of UN inter-governmental bodies on social, economic and related matters.