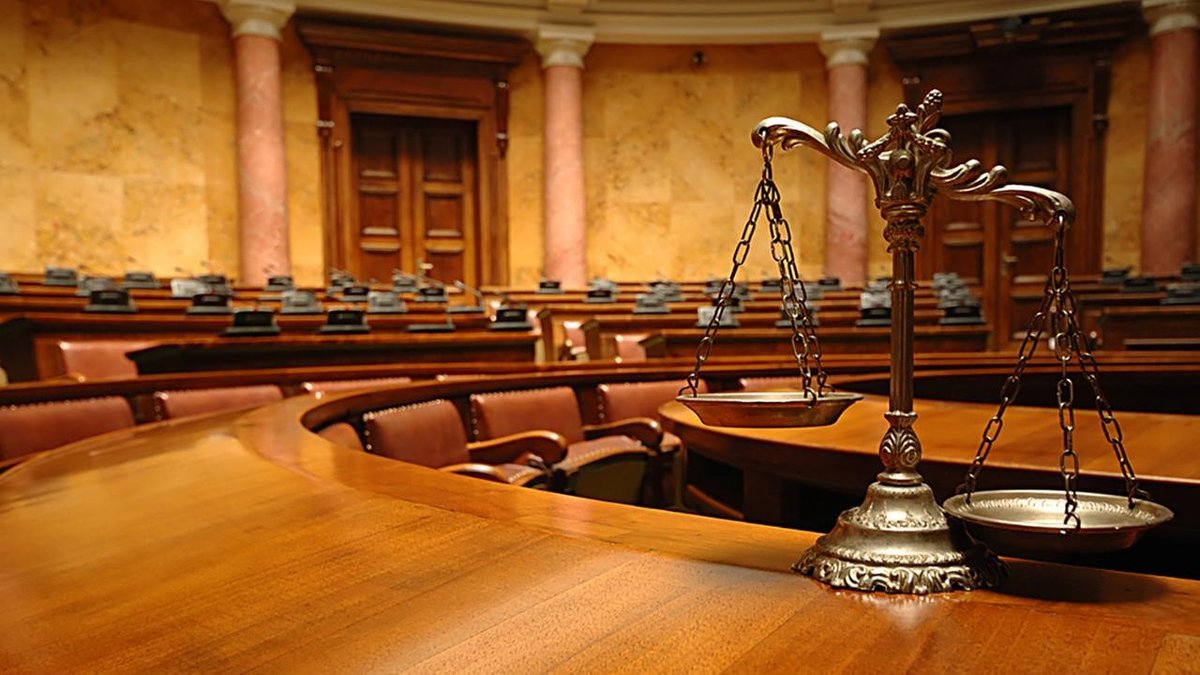 HONOLULU (AP) — A Honolulu police officer and a retired major are among those who participated in framing a man for stealing a mailbox from the home of the department's former chief, federal prosecutors said Monday.

Officer Minh Hung "Bobby" Nguyen conspired with others to alter evidence and provide false information to federal officials, according to court documents. Gordon Shiraishi, who retired in March, lied to a grand jury about the mailbox case, the documents said.

They were arrested Sunday and appeared handcuffed and wearing beige jumpsuits in court Monday, where U.S. Magistrate Judge Richard Puglisi ordered them released on $50,000 bond each.

In 2013, then-Police Chief Louis Kealoha and his wife, deputy city prosecutor Katherine Kealoha, accused her uncle, Gerard Puana, of stealing a mailbox from their home in an upscale Honolulu neighborhood.

Puana went on trial for the theft in 2014. The case abruptly ended in a mistrial when Louis Kealoha, still chief at the time, testified improperly about Puana's criminal history and the charges were dismissed.

Puana's federal public defender, Alexander Silvert, claimed the Kealohas framed his client to discredit him in a family financial dispute. While preparing for trial, Silvert said he uncovered evidence of department-wide misconduct and took those allegations to the FBI, prompting the corruption investigation.

Kealoha later agreed to retire after receiving notice from the FBI that he was a target of the investigation.

He received a $250,000 severance payment, which he must repay if he's convicted of a felony. Attorneys representing the Kealohas have denied any wrongdoing. Neither has been charged in the ongoing investigation.

During the short-lived trial, Silva testified that he picked up surveillance footage at the Kealohas home after the mailbox was reported stolen. He testified that he reviewed the footage with Nguyen, who was married to Katherine Kealoha's niece and was living in a small house on the property.

Shiraishi was captain and commanding officer of the Criminal Intelligence Unit, a specialized unit chosen by department executive staff that reported to the chief, according to criminal complaints against Shiraishi and Nguyen. The unit gathered intelligence and data on organized crime, terrorism and other serious threats facing Honolulu.

The unit investigated the mailbox case, the complaints said.

Nguyen, a member of the unit, lied to a postal inspector about who took a hard drive containing video surveillance from the Kealoha home, according to the complaints. It was Nguyen, not Silva, who retrieved the hard drive and delivered it to Silva at headquarters, the documents said.

Phone records disprove Shiraishi's grand jury testimony about when he learned about the mailbox theft, the documents said.

Shiraishi "persisted over several interviews in offering a fake timeline of events that ultimately led to the arrest and prosecution of G.K.P," Colin McDonald, a special federal prosecutor from San Diego, said in court Monday using the initials for Puana.

During Nguyen's grand jury testimony in 2016, he again identified Puana as the man seen in the surveillance footage putting the mailbox into the backseat of a car, the complaint against him said. Puana took a polygraph test that showed he wasn't lying when he denied being the man in the footage, the document said.

Lawyers for Shiraishi and Nguyen told the judge they disagree with prosecutors' version of events. "I believe there's some grandstanding on their part," said Randall Hironaka, Nguyen's attorney.

In a statement Monday that didn't identify Nguyen or Shiraishi by name, Honolulu Police Department Acting Chief Cary Okimoto said police powers have been removed for the "current officer" and that he will be placed on unpaid leave.

A federal grand jury has been looking into the corruption allegations since 2015. Earlier this year, the FBI raided the Honolulu prosecuting attorney's office as part of the investigation.

The Honolulu Police Commission expects to name a new chief by the end of the month.