Myanmar urged not to drag out case against Reuters reporters 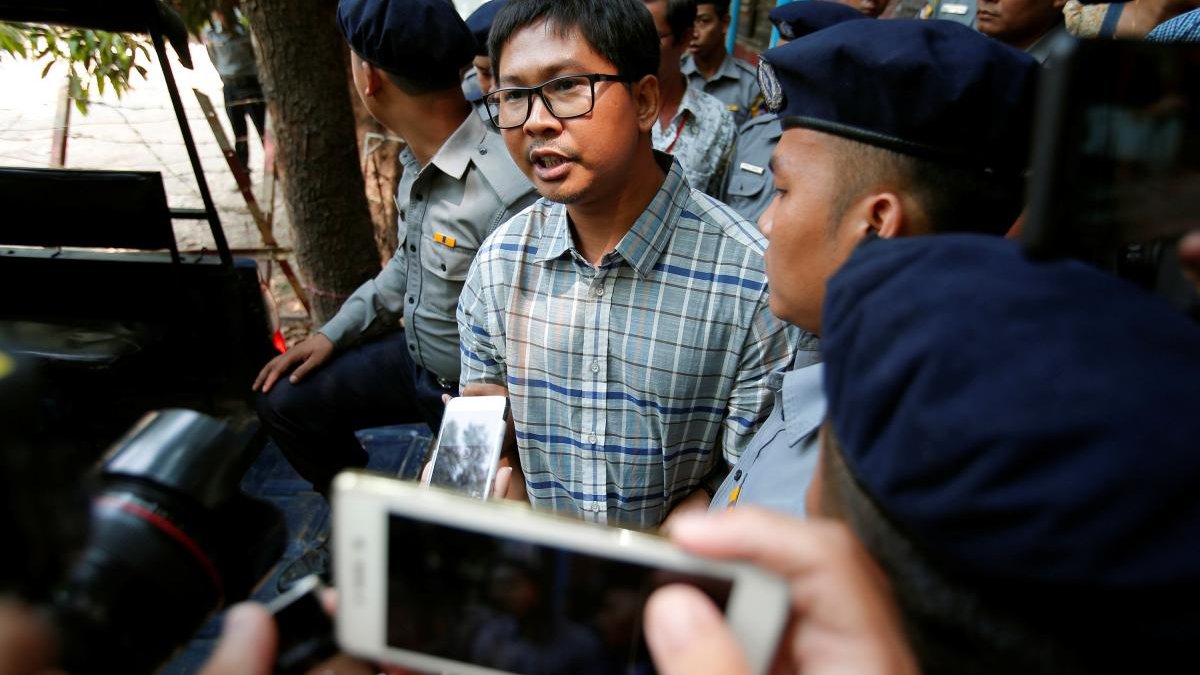 YANGON (Reuters) - Some international observers urged Myanmar on Wednesday not to drag out legal proceedings against two Reuters journalists, as they appeared in court for the 10th time since they were arrested in December and accused of possessing secret government papers.
A Yangon court began preliminary hearings in January to decide whether reporters Wa Lone, 31, and Kyaw Soe Oo, 27, will face charges under the colonial-era Officials Secrets Act, which carries a maximum penalty of 14 years in prison.
Denmark’s embassy in Yangon, which has closely followed the case, said ahead of the latest hearing that the journalists should be “thanked and not punished” for their reporting on northern Rakhine state - where they found evidence of security forces’ involvement in the killing of 10 Rohingya Muslim men.
“Nor should they be subject to a dragged out trial that appears to be set to last for months while keeping Wa Lone and Kyaw Soe Oo incarcerated, away from their families and their work,” the embassy said in a statement.
Two civilians that police brought to witness a search of Wa Lone’s family home the evening after the reporters were arrested gave testimony on Wednesday.
Min Min, a neighborhood official in north Yangon, told the court he joined nine or 10 policemen searching the residence and signed a form to confirm a laptop with a charger and a bag, a hard drive and a notebook were discovered there.
Asked by defense lawyer Than Zaw Aung during cross-examination whether any government papers were discovered in the search, he said no.
Min Aung, a ward administrator who joined the search and gave testimony, said he could not remember seeing police find official documents.
Lead prosecutor Kyaw Min Aung left the court building before Reuters was able to put questions to him after the hearing. Government spokespeople have declined to comment on the case, citing the ongoing court proceedings.
The government prosecutor has now called 12 of 25 listed witnesses to hearings that have been taking place weekly. The court agreed to hear three witnesses at its next session on March 21.
Source: here