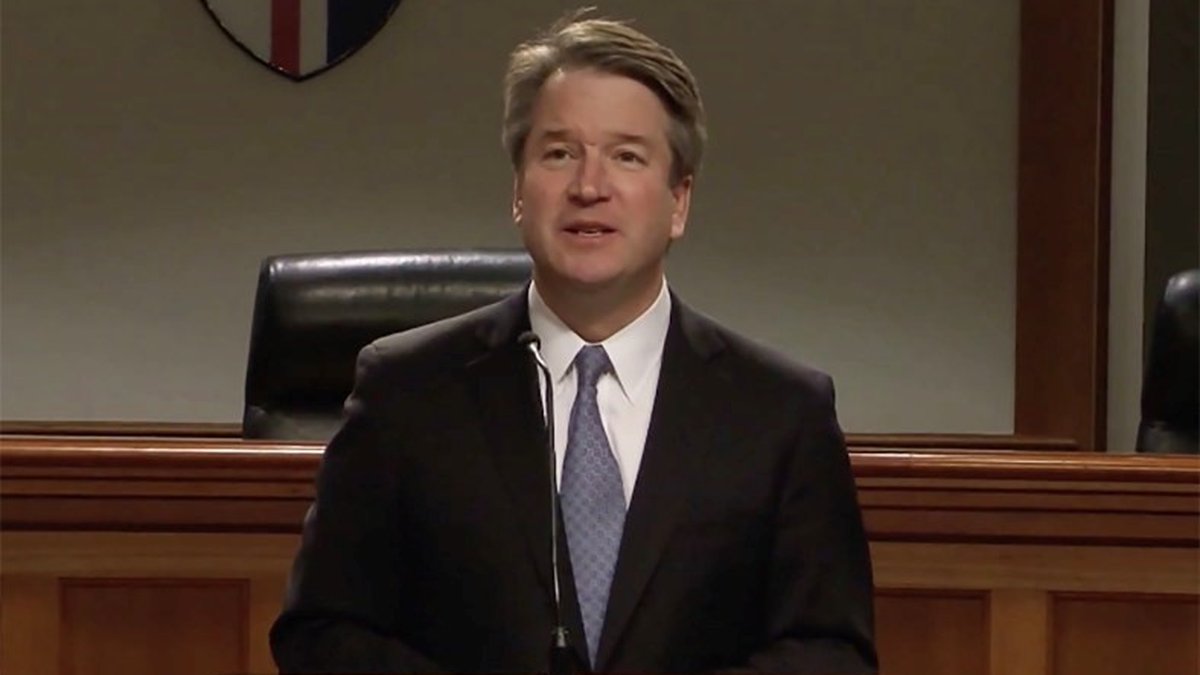 WASHINGTON/NEW YORK (Reuters) - When a U.S. appeals court last week rejected an Alabama abortion law, one of the court’s judges bemoaned having to base the decision on Roe v. Wade, the Supreme Court ruling that legalized abortion, calling it an “aberration of constitutional law.”
The views of 11th U.S. Circuit Court of Appeals Chief Judge Ed Carnes, a Republican appointee to the Atlanta-based court, are shared by many conservatives opposed to the landmark 1973 ruling.

The big question is whether conservative U.S. appeals court judge Brett Kavanaugh, President Donald Trump’s nominee to fill a vacancy on the Supreme Court, is one of them.
The possibility he could vote to overturn Roe v. Wade will be a top line of questioning when Kavanaugh appears before a U.S. Senate panel for his confirmation hearing, starting on Tuesday.

SPONSORED
A Reuters/Ipsos opinion poll last month found that 68 percent of Democrats believed abortion should be legal, while 61 percent of Republicans said the procedure in general should be illegal.. The issue has come to highlight the deep divide between the two parties.
Yet, some on both sides question whether Roe v. Wade could easily be overturned, given the Supreme Court’s tradition of standing by its older decisions. Under a principle known as stare decisis, the court tries to protect its credibility by avoiding politicization and keeping the law evenhanded.
During an Aug. 21 meeting, Kavanaugh told Senator Susan Collins, a moderate Republican who favors abortion rights, that Roe v. Wade was “settled law,” she said afterward.
The court is currently split 4-4 between conservatives and liberals. Former Justice Anthony Kennedy, whom Kavanaugh would replace if he is confirmed by the Senate, disappointed fellow conservatives by affirming abortion rights in two key cases.
Still, precedents can be cast aside. For instance, just two months ago, the conservative majority, including Kennedy, overturned a major 1977 labor law precedent. The ruling came after two earlier rulings that undermined it.
“Rarely if ever has the court overruled a decision - let alone one of this import - with so little regard for the usual principles of stare decisis,” liberal Justice Elena Kagan wrote in a dissenting opinion.

ROAD MAP FOR ROE
The stakes are high in the Senate battle over Kavanaugh because, if confirmed, he could provide a decisive fifth vote on the nine-justice court to overturn or weaken Roe v. Wade.

Doing that would likely prompt many conservative-leaning states to take steps to outlaw abortion altogether.

In the run-up to the Kavanaugh hearings, abortion rights groups have held rallies nationwide, while opponents of Roe v. Wade are optimistic that Kavanaugh will be on their side.

“I hope that there will be a future majority to overturn Roe, and I hope Kavanaugh would be among them,” Clarke Forsythe, a lawyer with anti-abortion group Americans United for Life, said in an interview.

Abortion opponents could use the recent labor case decision as a road map to overturning Roe by taking up a series of abortion cases that would also criticize Roe’s validity.

Most analysts expect a steady weakening of Roe as opposed to a quick reversal. “They probably won’t do it instantly, but they will probably get there eventually,” said Carolyn Shapiro, a law professor at Chicago-Kent College of Law.

Trump pledged during the 2016 election campaign to appoint judges hostile to Roe v. Wade, a stance that won over social conservatives who helped him defeat Democrat Hillary Clinton.
The president’s fellow Republicans narrowly control the Senate and can ensure Kavanaugh’s confirmation if they avoid defections from their ranks.
NO DIRECT RULING
When Trump named him in July as his Supreme Court nominee, Kavanaugh emphasized his Catholic faith. In a decade as a judge, he has not ruled directly on abortion, although he has signaled sympathy for legal arguments by anti-abortion advocates.

If Kavanaugh is confirmed, the Supreme Court could soon wade back into the abortion debate. Legal battles over state bans on the procedure in early pregnancy are working through the courts.

Amy Hagstrom Miller, founder and chief executive of Whole Woman’s Health, which manages abortion clinics in several states, said she had spent her whole career working with the fate of Roe v. Wade hanging in the balance.

Her clinic won the last major Supreme Court ruling on abortion in 2016, when the justices struck down strict regulations in Texas.

“This time I think Roe could fall,” she said. “But you have to stand up for what’s right even when the odds are against you.”