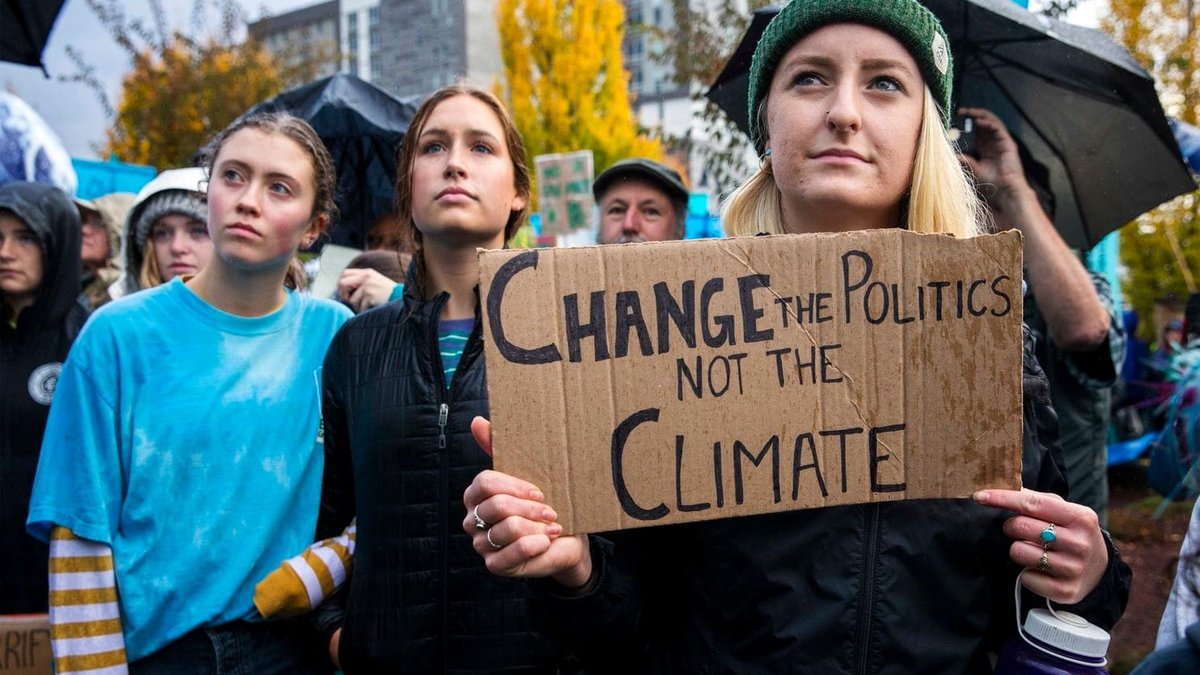 The Supreme Court on Friday night refused to halt a novel lawsuit filed by young Americans that attempts to force the federal government to take action on climate change, turning down a request from the Trump administration to stop it before trial.
The suit, filed in 2015 by 21 young people who argue that the failure of government leaders to combat climate change violates their constitutional right to a clean environment, is before a federal judge in Oregon. It had been delayed while the Supreme Court considered the emergency request from the government.
Justices Clarence Thomas and Neil M. Gorsuch would have stopped the suit. The other justices did not indicate how they voted on the government’s request.
The court’s three-page order said the government should seek relief from the U.S. Court of Appeals for the 9th Circuit. It noted the government’s assertion that the “suit is based on an assortment of unprecedented legal theories, such as a substantive due process right to certain climate conditions, and an equal protection right to live in the same climate as enjoyed by prior generations.”
The justices acknowledged that the 9th Circuit had previously turned down the government but said those decisions came when there was a “likelihood that plaintiffs’ claims would narrow as the case progressed.” That no longer seems the case, the unsigned opinion said, suggesting the possibility that the 9th Circuit might see things differently now. And it left open the possibility that the government could return to the Supreme Court.
The goal of the lawsuit is to compel the government to scale back its support for fossil fuel extraction and production and to support policies aimed at reducing the greenhouse gas emissions that contribute to global warming.
“We’ve been confident throughout this case that we would get to trial, and I believe we will get to trial,” Julia Olson, the attorney for the youths and executive director of Our Children’s Trust, said in an interview with The Washington Post on Friday evening. “We have overcome everything the government has thrown at us. It is not luck. It is the strength of the case and the strength of the evidence and the strength of the legal arguments we are making.”
The Obama and Trump administrations had repeatedly asked lower courts to dismiss the lawsuit, questioning its merits, saying discovery requests were “burdensome” and arguing that the suit would usurp the authorities of Congress and federal agencies.
The plaintiffs “seek nothing less than a complete transformation of the American energy system — including the abandonment of fossil fuels — ordered by a single district court at the behest of ‘twenty-one children and youth,’ ” Solicitor General Noel J. Francisco wrote in a brief to the Supreme Court.
“As the government has maintained since first moving to dismiss this suit in 2016, [the] assertion of sweeping new fundamental rights to certain climate conditions has no basis in the nation’s history and tradition — and no place in federal court.”
Francisco acknowledged that he was asking for “extraordinary relief” by asking the high court to intervene before a trial began. But he said the unique nature of the lawsuit deserved such an exception.
If the long trial were allowed to proceed, “it could well be years into the future” before the government could “seek relief from such an egregious abuse of the civil litigation process and violation of the separation of powers.”
The government has made similar arguments in lower courts, but time and again, judges allowed the case to proceed. The government also went to the Supreme Court this summer seeking a stay, but the court in an unsigned opinion called the request “premature.”
In a 103-page filing this week intended to keep the trial on track, the plaintiffs argued that the Trump administration would not suffer “irreparable” harm in having to go through with the case.
“This case clearly poses profoundly important constitutional questions, including questions about individual liberty and standing, the answers to which depend upon the full evaluation of evidence at trial,” the lawyers wrote, adding: “These young plaintiffs, mere children and youth, are already suffering irreparable harm which worsens as each day passes with more carbon dioxide accumulating in the atmosphere and oceans.”
The young activists also used the chance to once again demand that the courts compel the government to “cease their violation of plaintiffs’ rights, prepare an accounting of the nation’s greenhouse gas emissions, and prepare and implement an enforceable national remedial plan to cease the constitutional violations by phasing out fossil fuel emissions and drawing down atmospheric CO2.”
Olson said the youth plaintiffs were filing a request with the district court in Oregon for a hearing soon in hopes of moving toward the long-awaited trial.
Officials at the Department of Justice could not be reached immediately for comment Friday.
Source: The Washington post