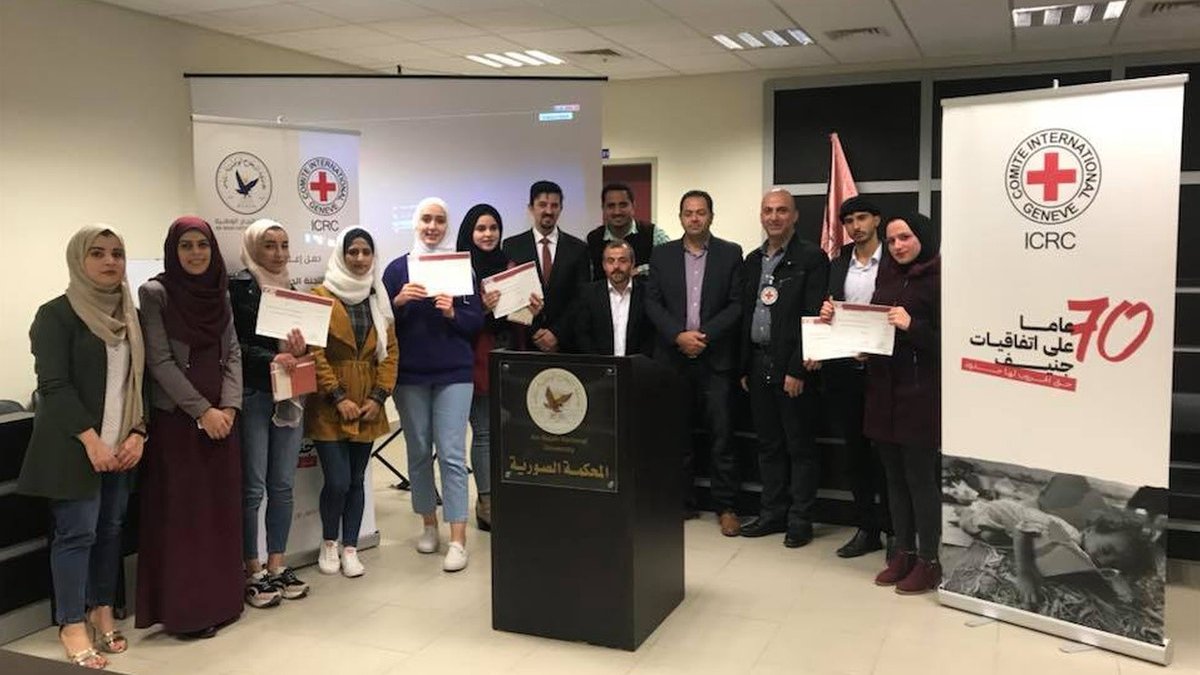 On the occasion of the 70th anniversary of the 1949 Geneva Conventions, the Faculty of Law at An-Najah University in collaboration with the International Committee of the Red Cross (ICRC) celebrated the announcement of ICRC Writing Competition results.

The competition aims to support and promote understanding and dialogue on IHL and expand students' knowledge about international law. 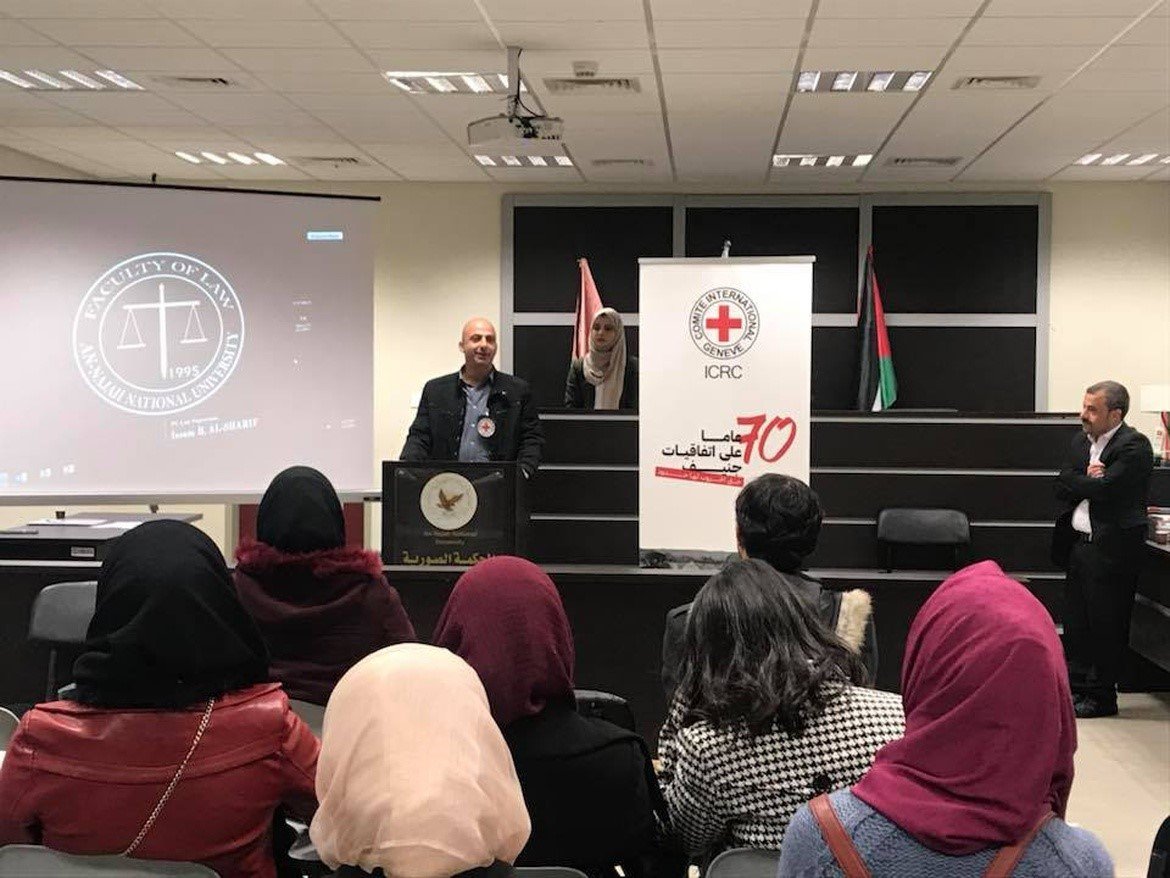 In his opening remarks, the Dean of Law College Dr. Naeem Salameh discussed the importance of international law and its impact.

Mr. Fahed Wahbeh, Representative of the Red Cross emphasized on the importance of the collaboration between ICRC and the Faculty of Law and talked about the evolution of the four Geneva Conventions.

The event also included screening a short video where a number of children were interviewed to say their opinion about war and violence.